I thought it would be fun to take a look at how we arrived at the current Hideout Theatre logo. We’re often asked what its significance is, and if it’s anyone’s face in particular.

First let’s go way back. Sean Hill was the first owner and the founder of The Hideout. But it almost wasn’t called The Hideout Theatre at all. The other name in the running according to Sean was “The Hippodrome”, which featured a pretty awesome hippo in the hypothetical logo. 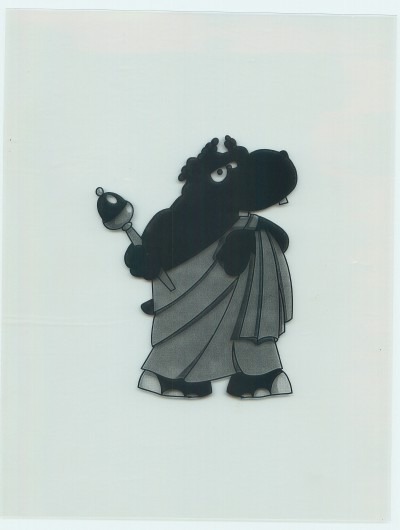 When Kareem and Jessica and I took over as owners, we knew we wanted to have a distinct logo / look for The Hideout. And working with Kaci Beeler, our Director of Design, we all decided that the overall look should be Art Nouveau in style. So I started pouring over old Art Nouveau posters for something to adapt for our logo. I kinda obsessed over it.

Here are some of the logos I toyed with: 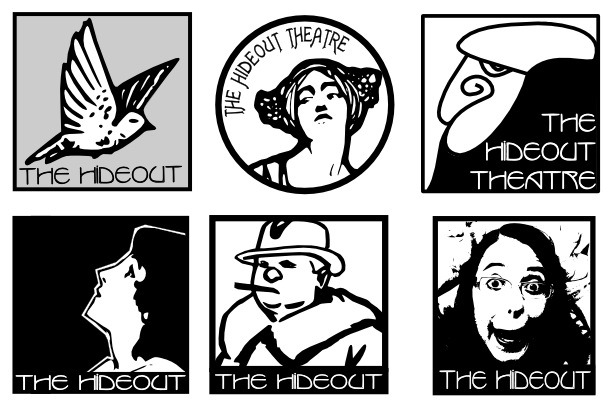 That brocolli-haired lady in the top middle was the top contender for awhile. I messed around with a lot of variations of her: 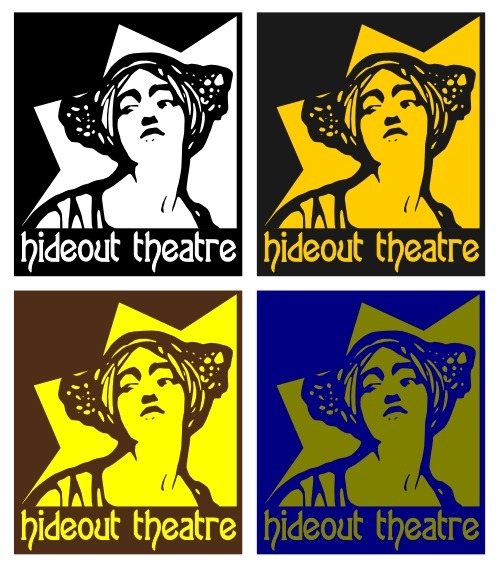 But eventually I thought she looked a bit too pretentious. We ultimately settled on the stargazer (as we called her) because she was looking up… which implied that she was hopeful, and also our theater is upstairs.

So I mucked around with her for a bit: 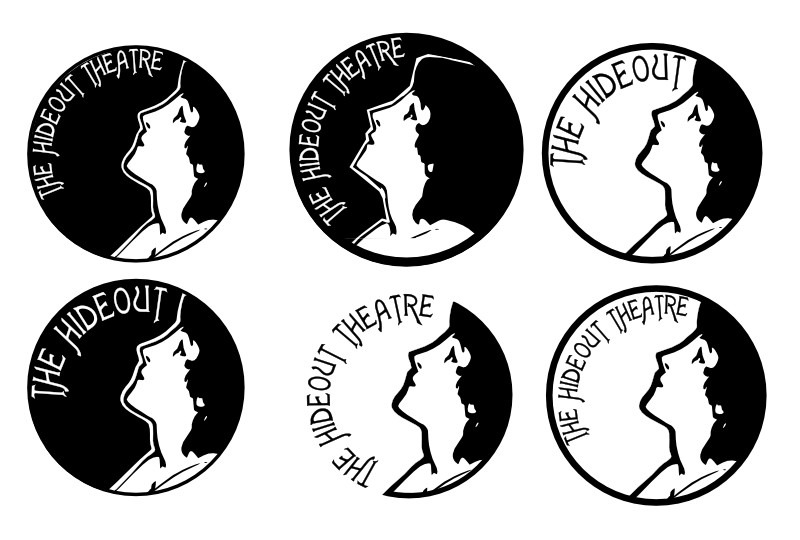 Also, scandal! Here is the original painting by Maxfield Parrish that the logo is drawn from (nude painting follows): 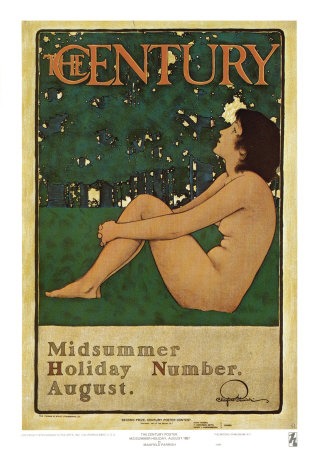 So there you have it. Looking at the final logo now, it’s hard to imagine anything else in its place. But at the time, I was far from certain. But there’s just something about her hopeful expression, and her vulnerability that I really like. One of our goals with The Hideout is to push ourselves and improv as a whole in new, more theatrical directions, and this logo was really the first flag in the ground in that endeavor.

I’d like to thank Gmail for making this trip down memory lane possible.