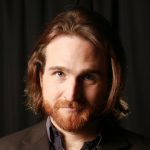 Andy (he/him) is Education Director at The Hideout Theatre and Lead Facilitator for their professional development and corporate team building program Hideout at Work. He’s been improvising since 2001 and has directed shows like Maestro, Theatresports, Fakespeare, Start Trekkin’, Live Nude Improv, and Fandom: Improvised Fan Fiction—but his big passion is teaching: sharing the transformational and empowering ideas of improv to anyone willing to listen. 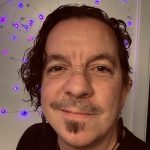 After jumping into classes in 2011, Caeriel (he/they) fell in love with improv and the Hideout and just refused to leave! These days, Caeriel wears many hats at the Hideout. In addition to being an instructor, they are also the Classes Registrar and Director of the Incubator Program. They have directed many shows, including: The Game Show Show, What They Do in the Darkness, 183 Dewberry Lane, and Soundstage 23.

Caeriel is interested in growing our diverse community, creating a warm, engaging scene for people from all walks of life, and helping people find greater joy and fun in their lives through improv. Besides improv, Caeriel also loves dogs, sci-fi, D&D, and board games. 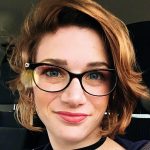 Danielle (she/her) began her improv journey in 2017, and is a performer, teacher, and award winning director (Best Directors for Dr. Boo’s Creepy Neighborhood). She leads workshops on art, improv, & creative problem solving. Her goal as a teacher is to help people utilize improv techniques in and outside the theatre, and to empower people deeply understand, trust and appreciate themselves and their choices! She has co-directed shows like Out of This World, Zaria Party, Middle Schoolers, Dr. Boo’s Creepy Neighborhood, and can regularly be found directing or playing in Maestro. Outside of improv Danielle is a full time artist, dedicated cat and plant parent, as well as a consumer of all things true crime! 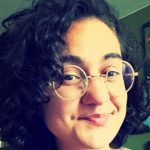 Iara Paz (she/her) has been an improviser for 5 years at the Hideout Theatre. Iara has been a kids’ improv teacher for many camps, intensives, and classes. Iara has been cast in musical improv productions such as Silly Love Songs, That Big 80’s Musical, Hallmark Holiday Musical, and Bad Guy Backstory the Musical. Most recently, Iara was the Musical Director for the The Sound of Made Up Music, a Rodgers & Hammerstein-inspired musical. Iara has been an accompanist for troupes, Big Bash, and Maestro productions. After many years of choral directing and music teaching, Iara is excited to bring her know-how to the Hideout classrooms. Aside from improv, Iara is an avid nature enthusiast, gardener, pet mom, and competitive jigsaw puzzler. 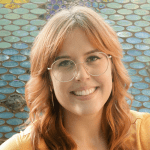 Kayla (she/her) started doing improv in 2010, performing regularly throughout Austin before heading to Chicago in 2013. There she studied and performed at The Annoyance and iO Chicago, including as part of the psychedelic improv show, Ayahuasca Baby. She has created and performed original comedy at the Chicago Fringe (Artists’ Pick – Best of Fest, 2014), People’s Improv Theater in NYC (SoloCom Festival, 2019), and at theaters throughout Chicago. As a professional social worker she has applied her improv skills as a DEI facilitator, community organizer, improv instructor for Autistic youth, and in her current role as a mental health therapist in private practice. 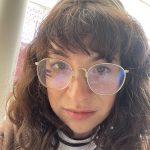 Mallory (she/her) has more than a decade of improv experience. A native New Yorker she performed on the Magnet Theater house team The Jezebelles from 2013-2015. Since moving to Austin in 2017 she’s directed multiple shows at The Hideout, including Grand Misery, That! Big! 80s! Musical! and the B. Iden Payne-nominated The Sound of Made Up Music. She wrote the book, lyrics, co-wrote the music, and directed the B. Iden Payne award-winning virtual production Human Resources: The Musical in 2020. She is SUPER passionate about musical improv and loves nothing more than spreading the joy to all who want to stand center stage and sing! 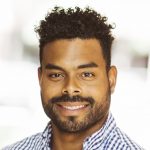 Mykel Jewell (he/him) originally hails from NYC and has been living in Austin since 2014. A fervent and die hard sponge of all the wonderful benefits of improv since 2020, Mykel has trained internationally with theaters in the UK, Germany, Bangladesh and many more theaters across the world and right here in Austin. Being exposed to such a variety of voices in the improv space has fostered a deep passion in Mykel for advocating for the promotion of diversity in the arts. As the Hideout’s Head of Diversity Outreach, Mykel’s foremost focus is to encourage highlighting the traditionally under-represented voices in all performance arts spaces. 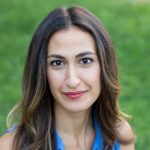 Rose (she/her) is a native Austinite, improviser, and communications specialist. She was kind of boring until she took a life-bending class at the Hideout in 2013. Helping others discover the joy and freedom that improv brought her is one of her greatest privileges. Rose has trained at multiple theaters in Austin and at The IO Theater in Chicago. She performs regularly at The Hideout and around the country with her all-female troupe Physics Curse. Rose holds a master’s degree in advertising/PR from UT Austin and is a producer of the Out of Bounds Comedy Festival. 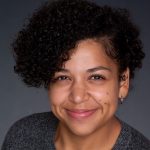 Stephanie Vasquez Fonseca (they/she/him) is a queer Afro-Latinx immigrant originally from Santa Marta, Colombia. They find joy in a variety of mediums of artistic endeavors and are excited about sharing what they love and value about improv. An agent of fun and a facilitator of good times, they are grateful to be in this present moment with you.

A sendup of your favorite romantic comedies!

Family Maestro: Watch as the performers compete for your laughs!

A 90-minute taste of our in-person improv classes