There are no Strange Worlds performances currently available.

The Hideout Theatre invites you to enter a world of two fisted justice and wide eyed wonder, a world of weird menace and mad science, a world of pulse-pounding peril and thrilling adventure!

Welcome to Strange Worlds, an improvised pulp hero anthology. Inspired by such iconic characters as The Shadow and Doc Savage, each week of Strange Worlds presents a double feature of thrilling tales set in a simpler time of heroes and villains, marvels and monsters. 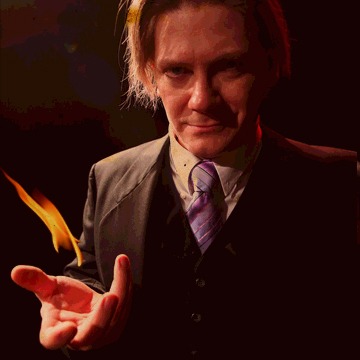 Take to the skies to fight terror with Bellwether Blue, Ace of the Wild Blue Yonder!
Test your wits and guns against criminal masterminds alongside The Grey Bishop!
Explore the mysteries of lost civilizations with Lily Wilde, Jungle Professor!
Uncover the truth of a sinister global conspiracy with Simon Doyle, Codename: Sleuth!
Combat techno-crime with that lucky lady gadgeteer, Maxine Maker!
Protect mankind from the realms of horror and nightmare with Rick White, The Beacon!
Thwart the schemes of the powerful and corrupt beside The Peregrine!
Set sail on the hidden oceans of an alien planet with Jack Ryder, Mariner of Neptune!

Every week our homemade heroes will weave tales and worlds based on audience suggestions and performed in the tradition of dime novels, radio serials and Saturday matinees, where high stakes action, drama, romance, and danger reign supreme!