“If it’s all made up on the spot, why do you rehearse?”

I’ve heard other improvisers talk about getting this question from non-improvisers, but I didn’t hear it myself until just a couple of weeks ago, when describing my rehearsal schedule to a coworker.

Why DO improvisers rehearse? Why do I give up so much of my free time to the shows that I tech? 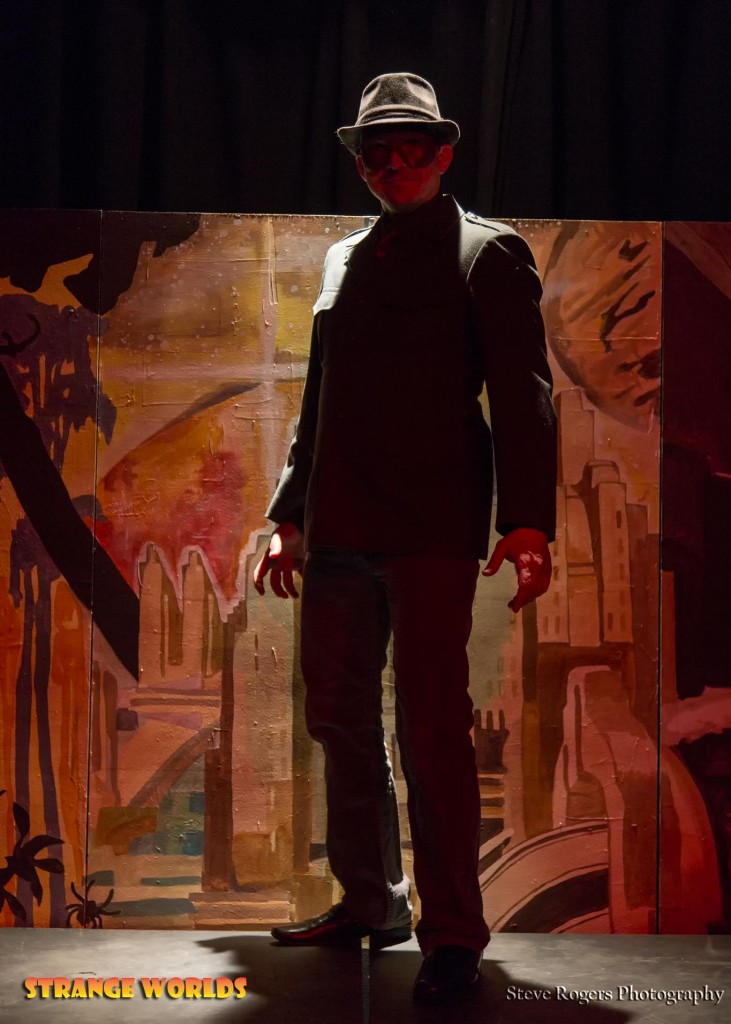 The easy answer, I had already been told, is, “Why do athletes practice? You don’t know what will happen from moment to moment on a soccer field, but you have to practice all the skills and plays.”

But the truth is, especially in narrative improv, that rehearsals are where we build the world that the audience sees during the show.

The process of building the technical aspect of a show starts before we technical improvisers climb into the booth. We talk with the directors about their vision for the show. What sort of mood do you want from the lighting? What kind of music do you want to score the stories? How deep a soundscape do you want us to provide?

By the time the tech crew arrives at a rehearsal with the cast – usually a few weeks in to the rehearsal process – we’ve already assembled a library of sound effects and music, and the light tech already has some idea of what the lighting design will look like. Then we have to put it all together with what the cast is doing on stage.

I like to talk about improv tech in terms of vocabulary. We don’t know what will happen from moment to moment in a show, but we can plan for certain scenarios, write the playbook with a collection of effects to pull from and string together in shows. In Kenjutsu, the sword fights are punctuated by a special lighting effect that serves both to enhance the visual impact for the audience, and also signal to the players that a heavy wooden bokken is being swung in their direction in slow-motion and they should be prepared. In Strange Worlds, we ran drills with the cast to perfect the timing of combat sounds – gunshots and sword clangs. In Black Vault, we had to get a feel for when the story takes the kind of turn that calls for a creepy change in music. The cast has to learn to identify the lighting zones of the stage. The crew has to learn to read and anticipate the physical and narrative movements of the cast. The booth makes offers, just like any member of the cast, except instead of words and actions, we make our offers with lights and sound. The rehearsal process is where we develop that language in which we can communicate – stage to booth and back – without speaking a word or even having the benefit of eye contact. 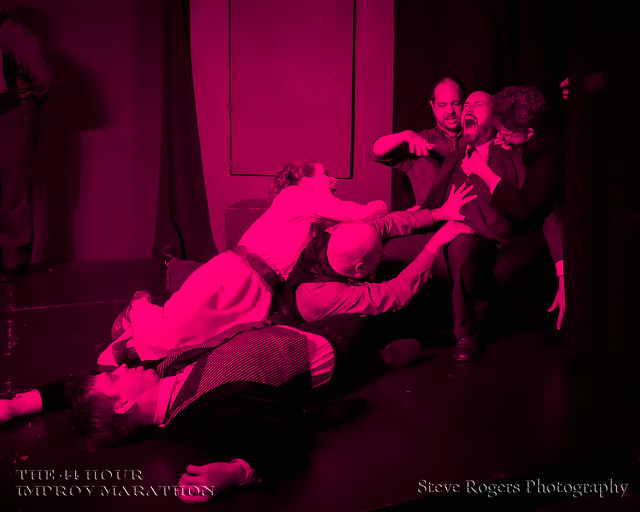 The result is one of the coolest feelings in the world – the satisfaction of enhancing someone else’s improv performance. I love that sweet moment when a lighting effect pushes the drama of the scene and the audience leans in a little. I live for that happy convergence of a sound or scoring effect that lands at just the right moment to give everyone chills. I still giggle a little each time the Black Vault tech crew synchronize a technical effect and we can see the players on stage have a genuine reaction to a flash of light coupled with a creepy sound and a bend in the music, and the audience gasps.

We make the stories being spun on stage a little more tangible, more epic. Maybe you can’t see that Lovecraftian monster, but you can hear it. Strange Worlds’ Maxine Maker may be working in an invisible lab, but you can feel it’s presence through dynamic lighting, ambient sound, and careful spacework. Kenjutsu has no blood effect, but you can sense the weight and violence of each sword strike through the carefully choreographed combination of movement and lighting. We give the audience’s imaginations just a little bit more to work with.

When Hideout narrative main stage shows travel to other cities, we are frequently met with perplexed technical directors when we tell them we will be bringing three – yes, THREE – technical improvisers along with the on-stage performers: one for lights, one for scoring, one for sound effects. Here at the Hideout, we are blessed with two theaters with lighting and sound setups that give us plenty of range. Sound effects and scoring can be run off two separate computers with separate volume control. Both theaters have a gorgeous array of multi-color LED washes and incandescent spot lights that allow us to isolate separate parts of the stage for dramatic effect. The Improvised Play Festival is our chance to show off one of the things that Austin improv does really well – narrative improv backed by tight, immersive tech.

The Improvised Play Festival runs from April 10th-12th. Tickets range from $5 to $15.