There are no Silk Pajamas performances currently available. 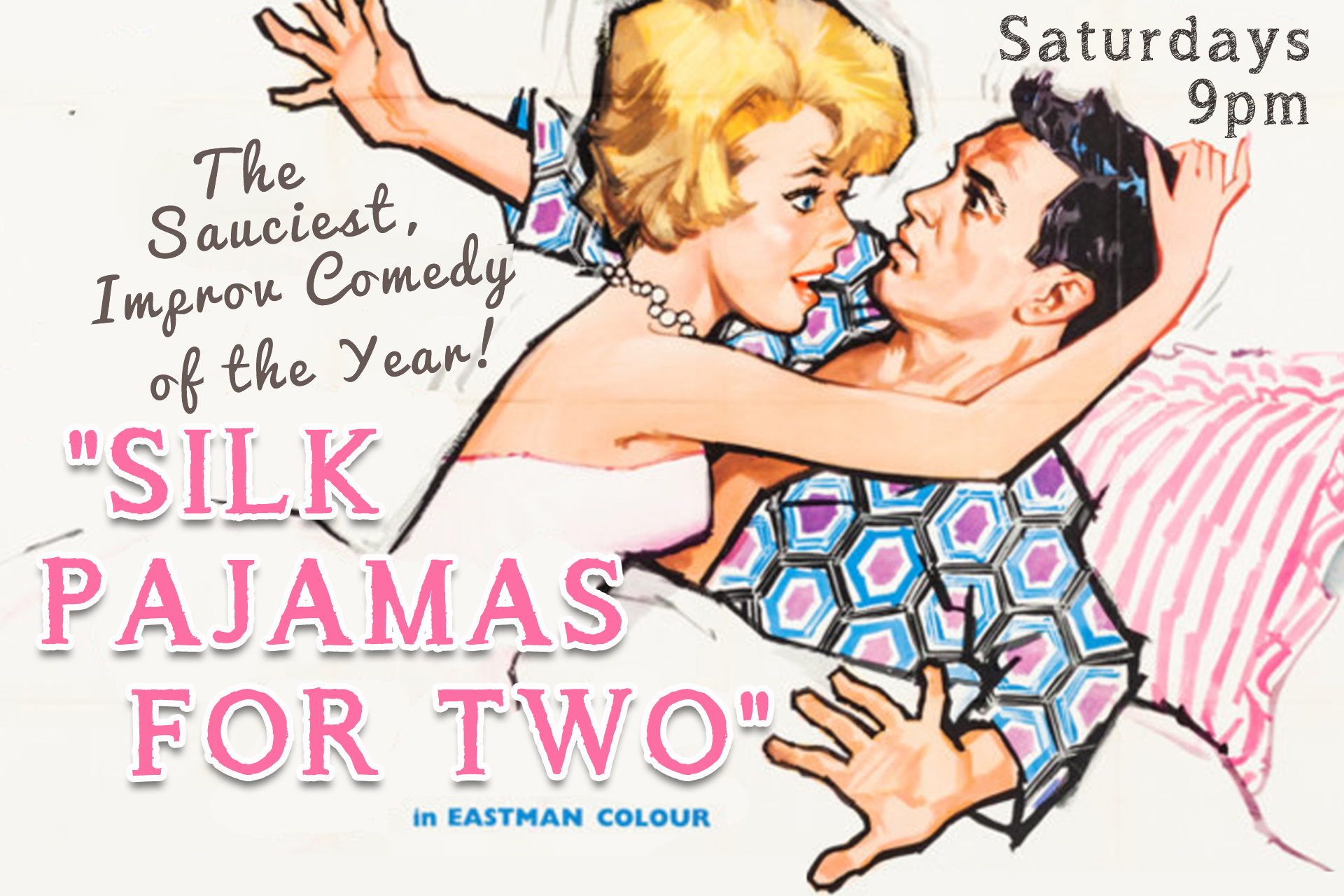 They’re bitter rivals but what happens when they fall in love?!

Silk Pajamas for Two is a Sexy Sixties Screwball Improv Comedy based on the Doris Day and Rock Hudson screwball comedies of the 1960s, love stories of double crossing and double entendres.

Whether amongst the towering, masculine sky scrapers of New York City or the soft, voluptuous pillows of the bedroom, it’s all out war between these two lovers-to-be! They’ll deploy their most explosive tactics against one another, but who will end up on top?

A 60-minute taste of our in-person improv classes