There are no PGraph 10 Year Anniversary performances scheduled at the moment. 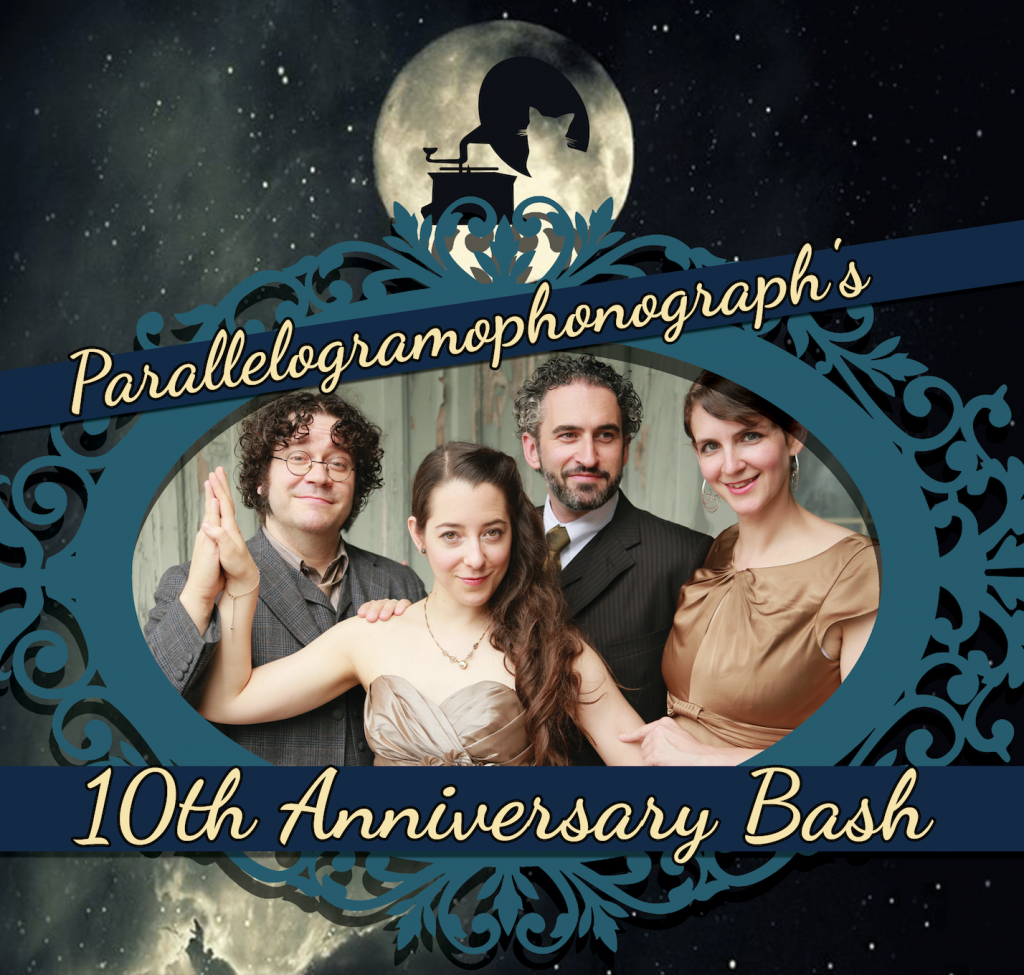 Join PGraph and The White Ghost Shivers at the Scottish Rite Theater on November 13th for an Epic Celebration! 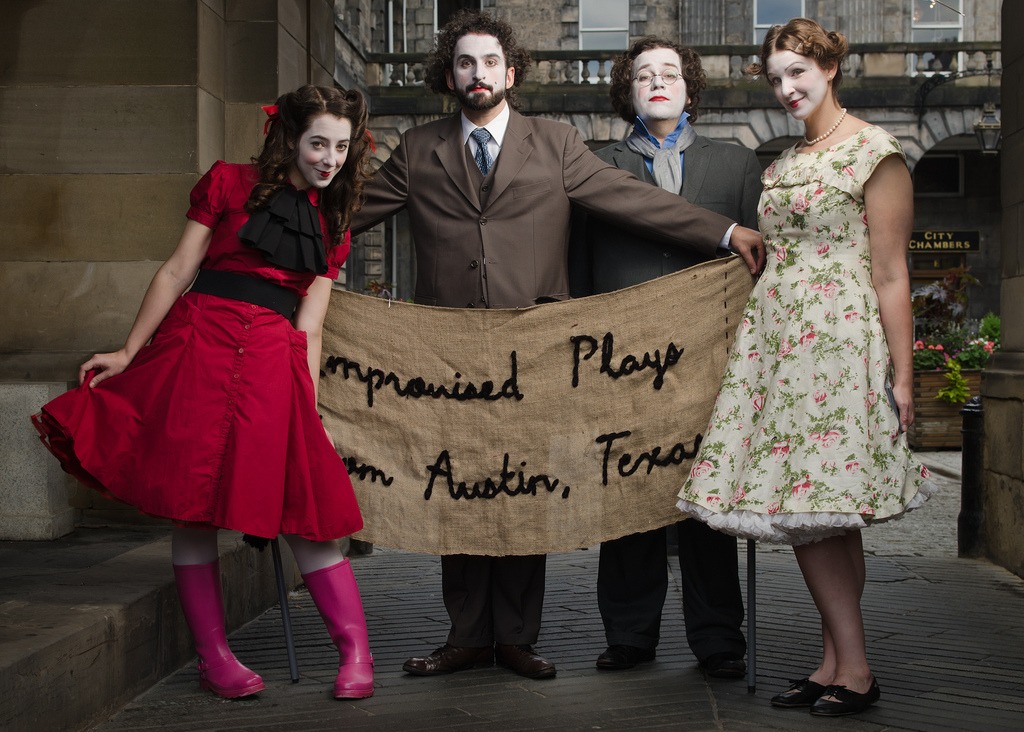 On Friday November 13th the Austin, Texas theatre company Parallelogramophonograph (PGraph for short) will take over the Scottish Rite Theater to celebrate their 10th Anniversary as a creative ensemble. Austin’s own eclectic band The White Ghost Shivers will provide the live-score to PGraph’s “Some Like It Improvised”, an improvised play in the style of 1940s Romantic Screwball Comedies.

Known throughout Austin, TX and the wider national and international improv communities for their compelling and ensemble-driven improvised plays, PGraph has hit a milestone few on-going ensembles have. The quartet of Kareem Badr, Kaci Beeler, Roy Janik, and Valerie Ward have been performing together since 2005, with a weekly show in Austin since 2006. In 2007 they began traveling to perform in other cities, and have taught and performed in over 40 national and international cities to date.

Their performance at the Out of Bounds Comedy Festival this past September marked PGraph’s 600th show together.

Well, after 10 Years and 600+ Shows together, you’d want to throw an epic party too, right? That’s just what PGraph is doing – renting out the beautiful Scottish Rite Theater and getting the White Ghost Shivers to collaborate with them for the first time in the history of Austin Improv.

Immediately following their 10th anniversary improv show will be a concert by the Shivers in the Scottish Rite Theater with drink specials and dancing to last through the night.

Doors at 8pm with pre-show music provided by Austin Phonograph Company. PGraph’s Improvised Play starts at 9pm with a concert to follow!
This is one epic improv + music event you do not want to miss!