Please note: Live Nude Improv ran in July and August of 2011. There are no new performances scheduled. 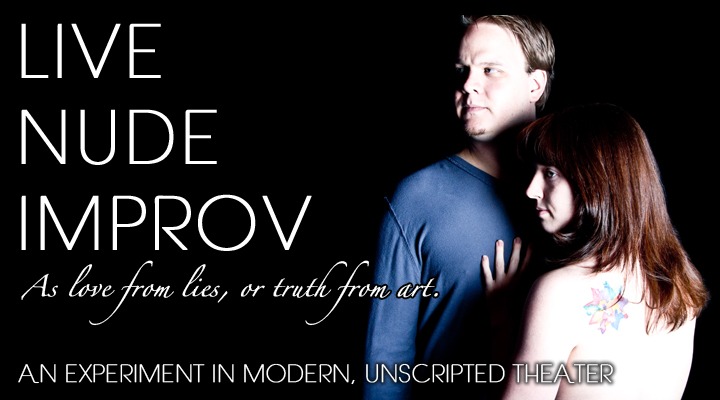 Continuing the Hideout Theatre’s tradition of daring, experimental improvisation, this summer’s prime time show is Live Nude Improv. Saturdays at 8pm in July and August is an unscripted exploration of modern theater in all its glory, commitment and ridiculousness.

Using games, scenes and radical storytelling techniques, eight of Austin’s most accomplished improvisers will create a never-before-seen-and-never-to-be-seen-again play. Each night is a different audience-suggested title, guaranteeing a completely different show each week — expect playfulness, vulnerability, inspiration and the infinite possibility of improvisation. And because this is modern American drama at its most thrilling and unpredictable, expect to see a little more skin than you might at a run-of-the-mill improv show.

We’re blowing the doors off improvised theater and blurring the distinction between comedy and art, between audience and performer, between wearing clothes and not wearing clothes.

Come experience history in the making.