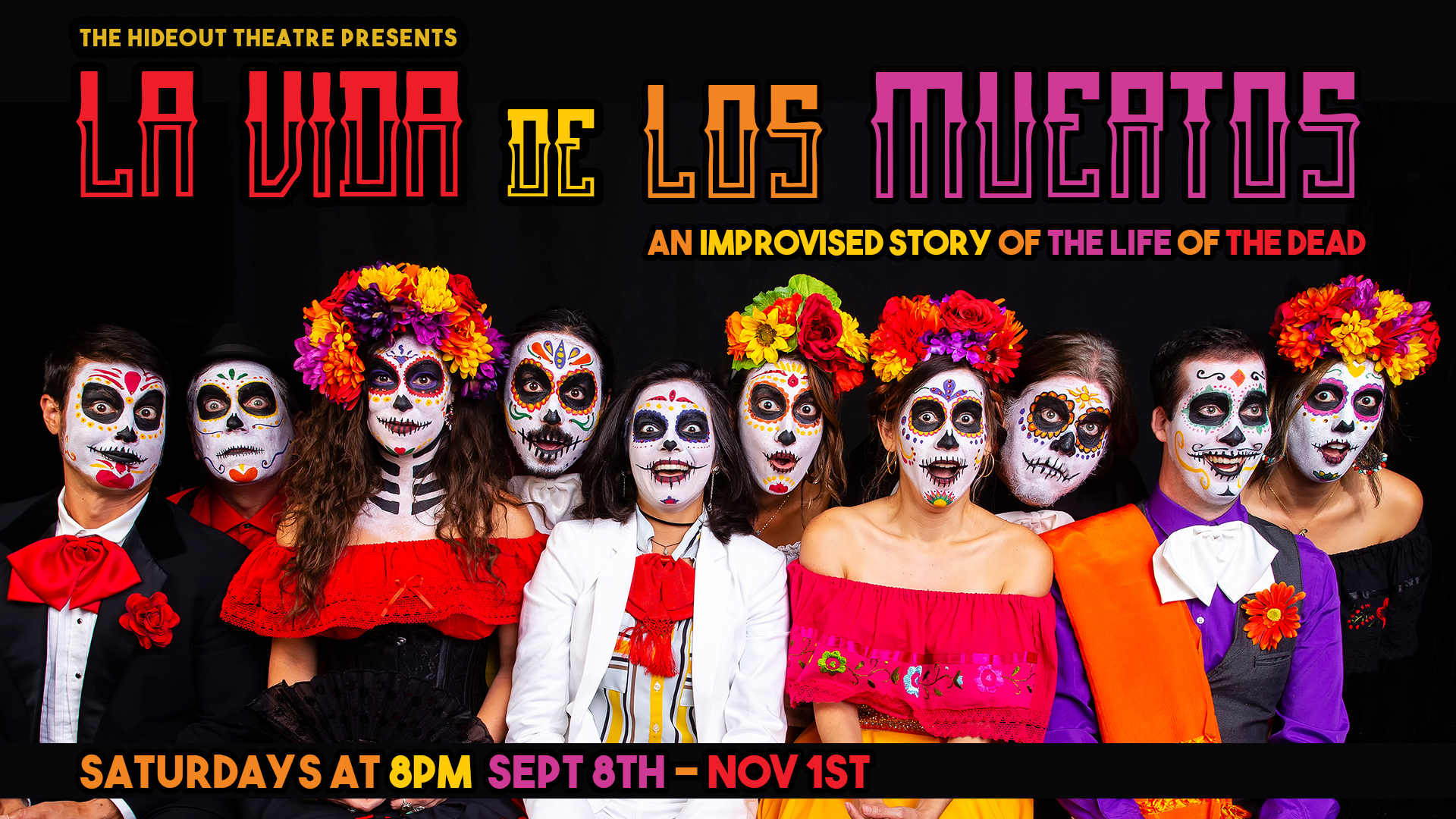 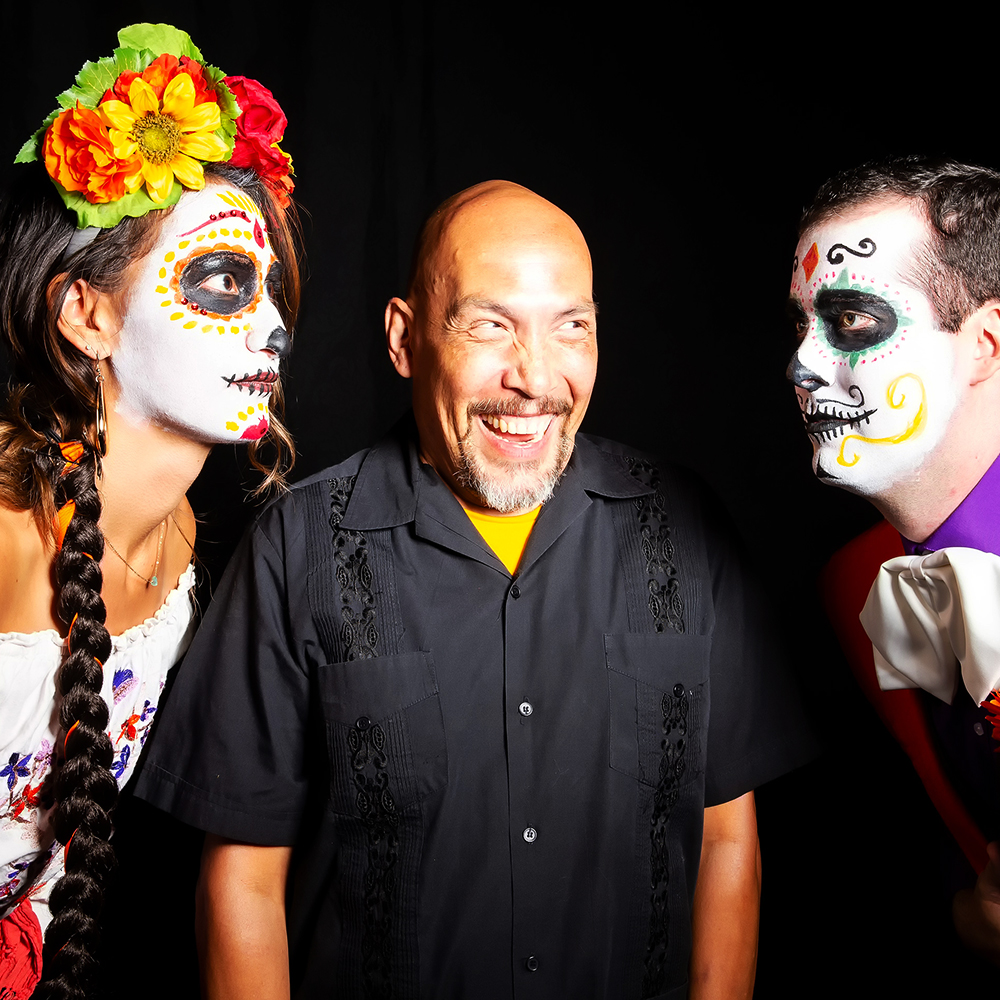 La Vida de los Muertos is a fully-improvised story that takes place in the World of the Dead. Every Saturday at 8pm in September and October, the Hideout Theatre will be transformed into a joyous and fantastical underworld.

La Vida de los Muertos will be accompanied by local mariachi group Crockett High School Mariachi de Oro to round out this magical world and features an all-Latinx cast in full Dia de los Muertos inspired costumes and makeup. And, of course, there will be plenty of blacklight.

For more than 15 years Crockett High School’s Mariachi de Oro has been the premiere high school Mariachi ensemble in Austin, TX. Since 2014 the program has been under the direction of Ron Hare. They maintain a very busy performance schedule with upwards of forty formal and informal performances each year. Mariachi de Oro have performed for/with two gubernatorial inaugurations, local television stations, a Latin Grammy winner and numerous national conferences. Donate to this awesome program now!

“The most exciting part of rehearsals has been the connection between cast members,” says co-director Cat Drago. “All of them come FROM Latinx backgrounds, but with completely different experiences. Some were born and raised on different sides of the border. Some speak Spanish and some don’t. They have all loved and supported the heck out of each other.

“I am excited for the audience to come away with full and joyful hearts, hugging their families close and feeling better connected to one another than they did coming in.”

Join us for a journey to the joyous and fantastical World of The Dead in LA VIDA DE LOS MUERTOS only at The Hideout Theatre! 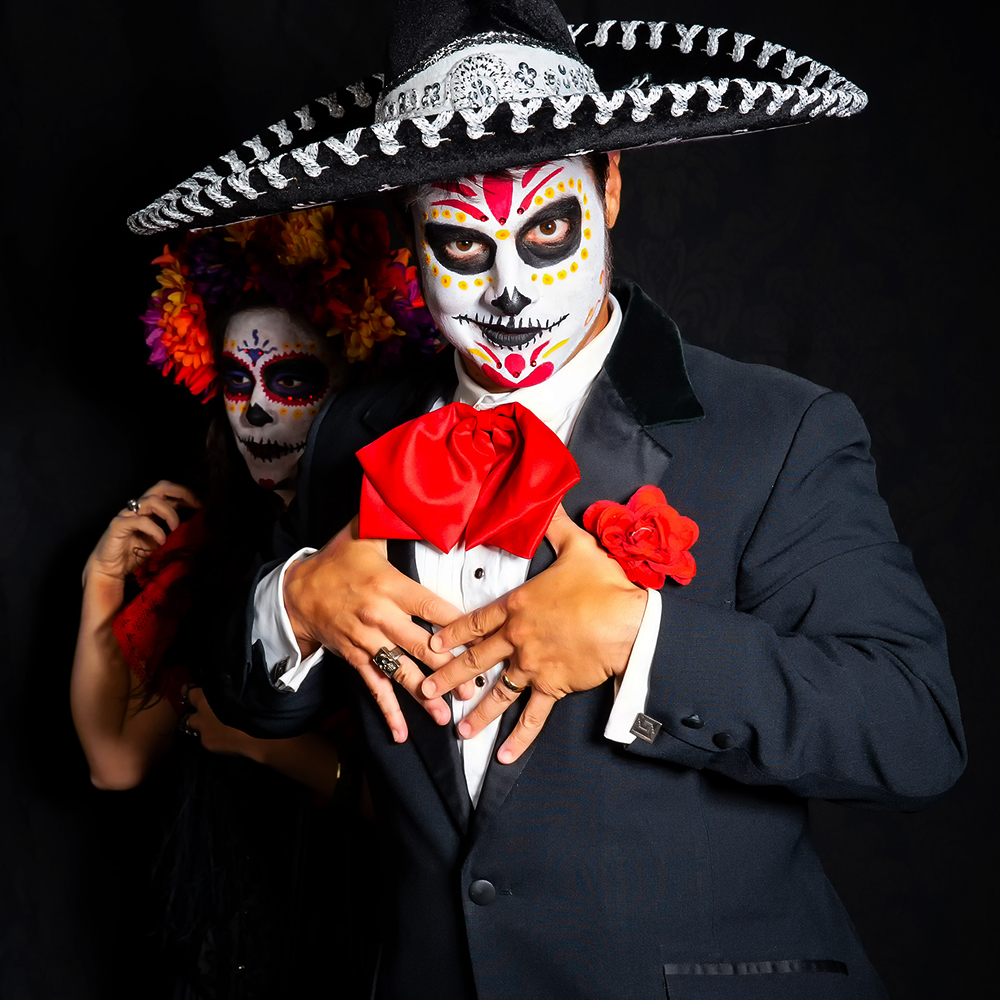 Improv troupes face off against each other! This week’s challenger: TBD

Sample our improv classes (age 17 and up)

Sold Out!
All Advance And Walk-Up Tickets Have Been Sold
6:00 PM - Maestro RAW

Improv + Torture! Double Dare meets Dystopia! This game show pushes the limits of what improvisers can take, both mentally and physically.

This Vancouver duo is performing in Austin for one night only. This unique show jumps through time and space to tell the story of two people bound together throughout their lives.