There are no Killer Kimchis Secrets performances currently available.

an improvised play which features a majority Asian American cast 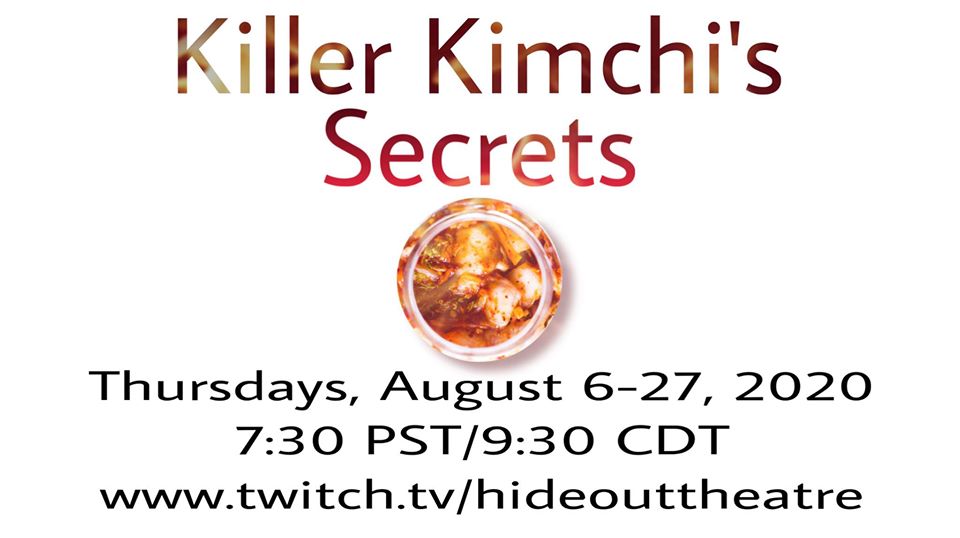 an improvised play which features a majority Asian American cast

We’re beyond pleased to invite the show “Killer Kimchi’s Secrets” to take up residence on Thursday nights in August ‘at’ The Hideout Theatre.

Says show director M.J. Kang: “I directed this long form narrative improvised show with the genre modern play because I wanted to explore what it means to be a human being who’s also Asian American and improvise with a majority Asian cast […] You’re welcome to chat and give us suggestions during the show.”

It is being hosted on Hideout Theatre’s Twitch channel.