There are no Death by Musical performances currently available.

Everybody better beware! Listen closely! Don’t you move a thing! Death By Musical is coming to the Hideout Theatre Saturdays at 8pm September 10 – October 28.

Death By Musical is a completely improvised campy horror musical inspired by irreverent comedic musicals like “The Rocky Horror Picture Show,” “Evil Dead: The Musical,” and “Little Shop of Horrors”. Every week a brand new horror comedy musical will be improvised before your very eyes, complete with singing, screams, dancing, AND (fake) blood.

We’re gonna give you some terrible thrills, just sit back and watch ‘em drop! Death By Musical will be campy, sexy fun with unpredictable twists and turns. The void is calling! 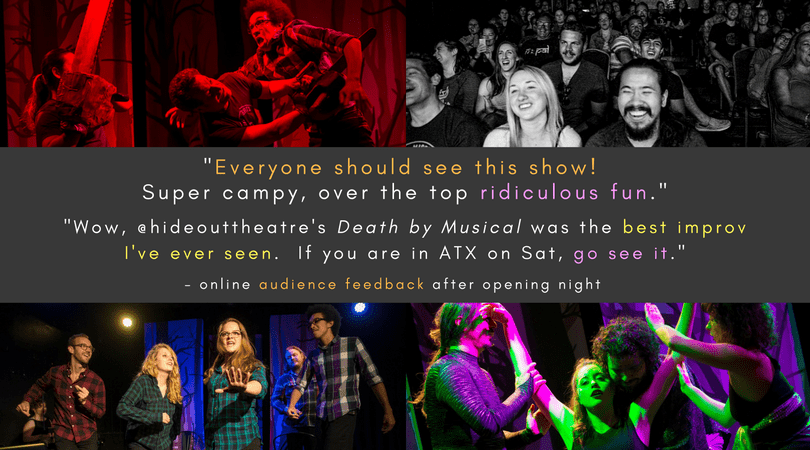 “I love the idea of cuttin’ loose and being ding-dongs on stage during a time in human history like this,” says Death By Musical co-director Margaret Hunsicker. “I want there to be a sense that anything can happen, and that we’re going down the weird and wondrous rabbit hole together. While singing.” 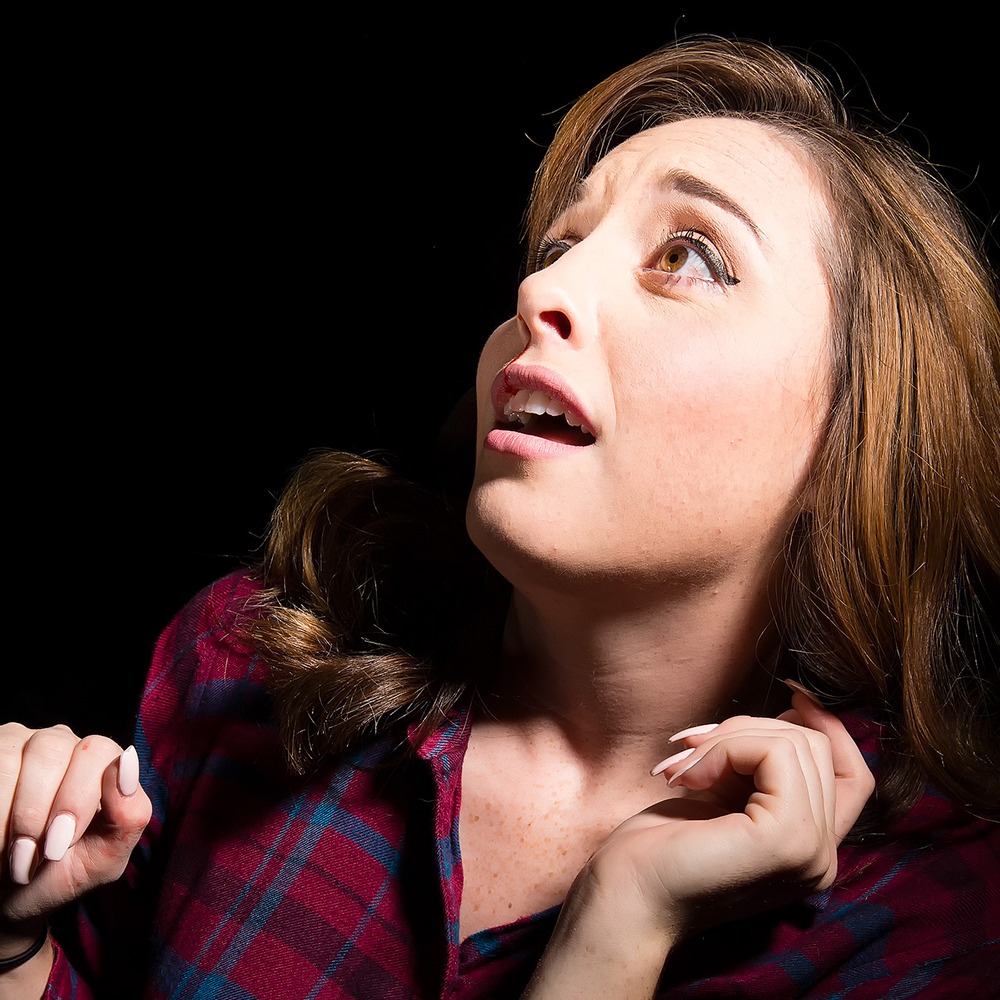