There are no Start Trekkin performances scheduled at the moment.

“We’ll be going back, at warp speed.” – Austin Chronicle 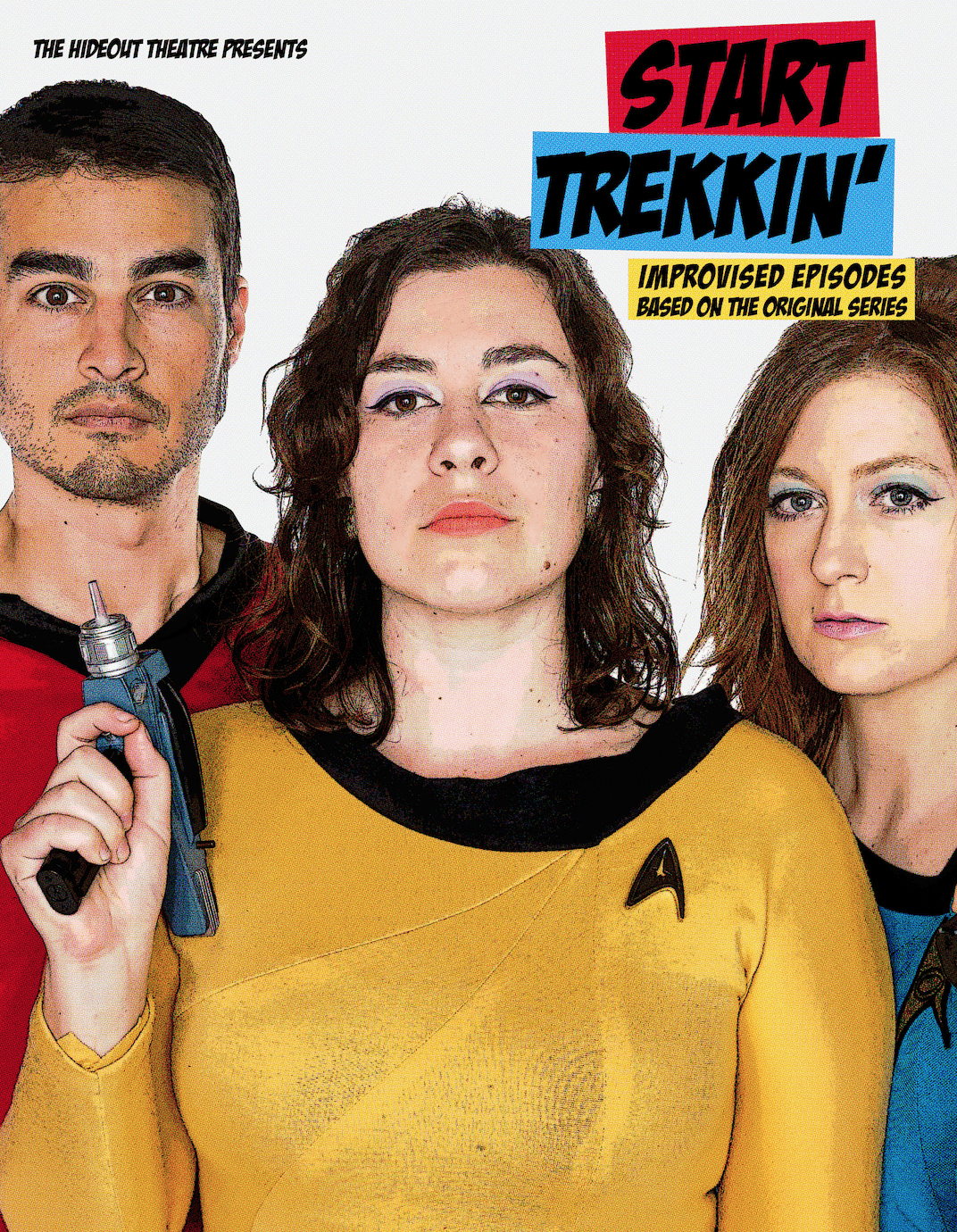 Prepare to explore strange new worlds, seek out new life and new civilizations this January and February at the Hideout Theatre. Our hit show, Start Trekkin, is returning to the Hideout stage to create brand new episodes set in the galaxy of Star Trek.

Every Friday at 10pm in April, the cast of Start Trekkin will take you on a never-before-seen, never-to-be-seen-again trek through the many worlds of the beloved, campy 1960s sci-fi TV show by cleverly blending audience suggestions and Star Trek canon.

The ship won’t be the Enterprise, Kirk won’t be the captain. The intrepid improvisers of Start Trekkin will create an entirely new crew of stoic officers, goofy crewmen and doomed redshirts. Expect aliens, phasers, interspecies love affairs and over-the-top fight sequences in abundance. Expect to go where no one has gone before and will never go again.

ColdTowne Theater’s flagship show, at The Hideout for a limited time!

Join the puppets of Boulevard Q in this delightful, raucous and adorable improvised comedy.