There are no Fiasco performances scheduled at the moment. 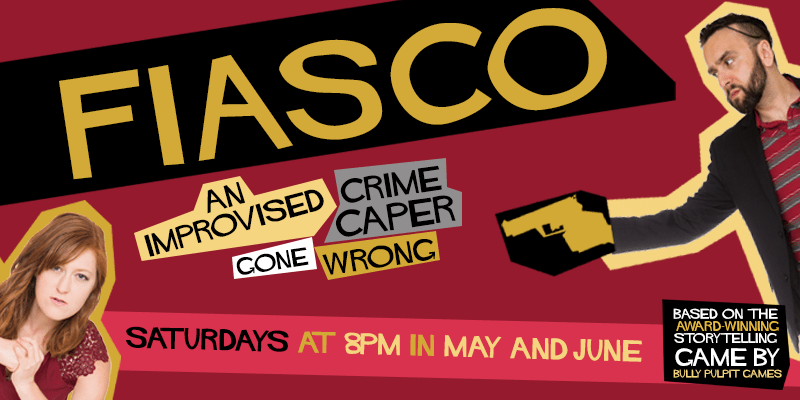 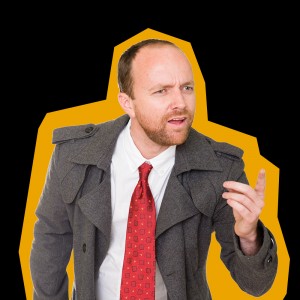 Coming to the Hideout Theatre on Saturdays at 8PM in May and June, Fiasco is an improvised story of a crime caper gone wrong. Fiasco is equally based off the award-winning storytelling game of the same name and the films of the Coen Brothers.

The show spins tales of disastrous schemes, doomed plots, ambitious (and often stupid) people in over their heads, and the dire (and hilarious) consequences of their poorly thought out actions. A show based off a game is a new and exciting move for The Hideout.

“I’ve been a fan of Fiasco (the game) for ages, and I’ve always wanted to capture its sense of giddy disaster for the stage,” says director Peter Rogers. “The game is an ingenious, fun system for setting characters on disastrous paths, giving them impulsive and catastrophic decisions, and watching it all end in glorious ruin.” 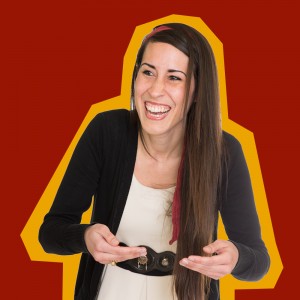 We need your suggestions to help inspire the show! Fill out the form via this link.