There are no fakespeare performances currently available.

There are no macbeth performances currently available. 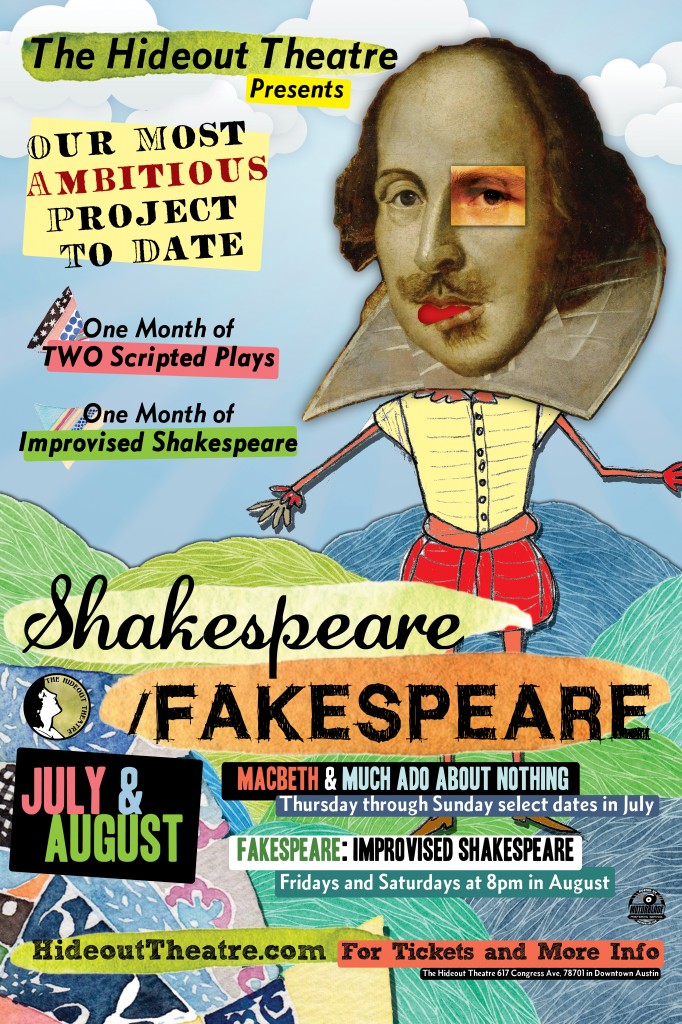 After three weekends of scripted plays, we’re rolling into August with Fakespeare: Improvised Shakespeare – games, scenes, songs and one long play each night. And because it’s improvised, every performance is wildly different.

Fifteen brave improvisers who have spent years cultivating spontaneity, immediacy and delight in the unknown will marry that professional jackassery to the precision, focus and emotional depth of traditional scripted theater — the children of this union will be the liveliest Shakespeare plays this side of Elizabethan England AND the most authentic and faithful improvised Shakespeare shows the world has ever seen.

The improvised shows will consist of two parts: an opening act of games, scenes and songs to get the audience warmed up and a second half in which the players will improvise a full Shakespeare play. (Wrapping up no later than 9:45pm.)