There are no Circus of the Damned performances currently available.

An improv show about a circus with a dark secret featuring live circus acts every show!

ESCAPE! to the Circus of The Damned 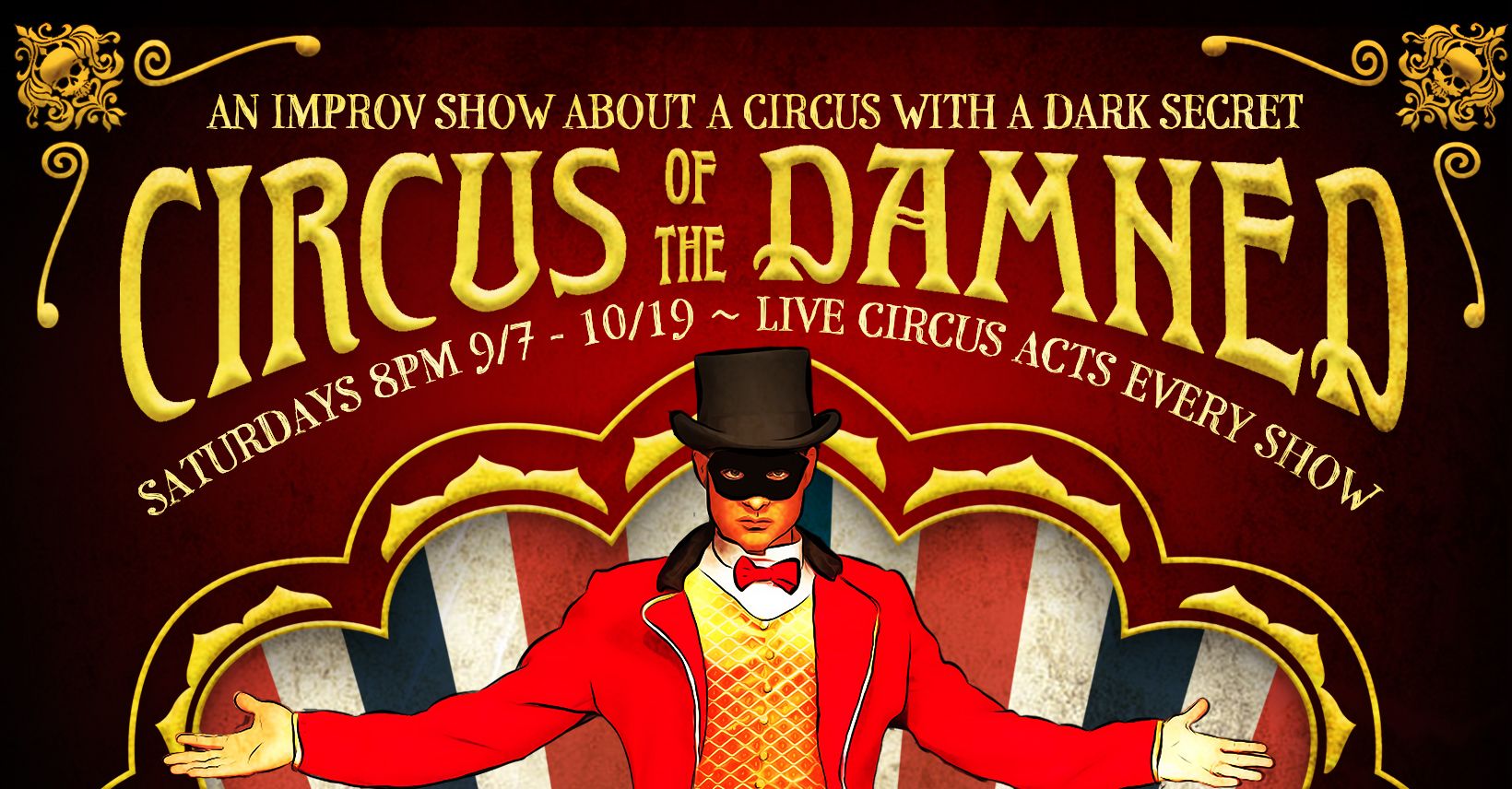 An improv show about a circus with a dark secret featuring live circus acts every show!

ESCAPE! to the Circus of The Damned

playing Saturdays* at 8pm in September and October at Hideout Theatre.

Beware, though, the sinister performers of this evil exhibition!

Beware the siren call of the Circus of the Damned!

Every Circus of The Damned show will be completely different from the last!

This high-wire act will have NO SCRIPT! NO LINES! It’s COMPLETELY IMPROVISED!

“I wanted to be inspired by our performers and what they could do,” says Circus of the Damned director Aaron Saenz.  “All the acts you’ll see are real improvisers who have spent months or even years learning. Badass circus acts and a kickass story. Where else are you going to find that kind of a show?”

TAKE A PEAK! Behind the curtain of the Circus of the Damned. You’ll meet the denizens of this twisted world, the death-defying acts, the freaks, the ring leaders, the untamable and unconquerable! Just remember, the price of admission is your immortal soul.

*and one Sunday matinee!