Kaci here! In March and April the Hideout Theatre is putting up a production of Hitchcocked! improvised tales of suspense and intrigue in the style of filmmaker Alfred Hitchcock.
For the set we decided to go with a Saul Bass-inspired design, a graphic artist who made many popular posters for Hitchcock films.east Inflatables 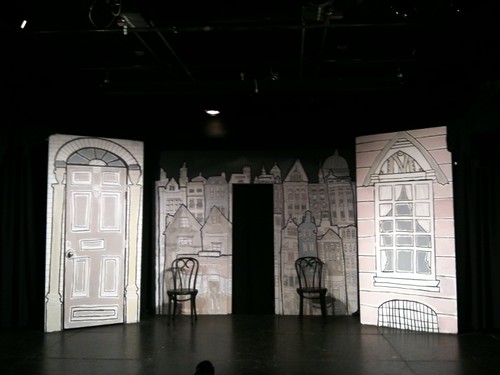 I started here, with the Charles Dickens Unleashed! set. We had it up November through February (Austin Secrets didn’t have a specialty set, which was fine). 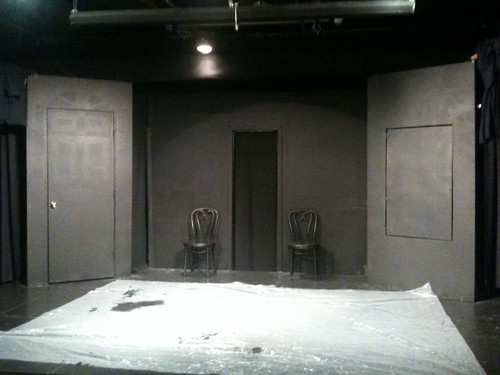 First I painted everything black. No primer this time – what? (I bought paint and primer in one!) 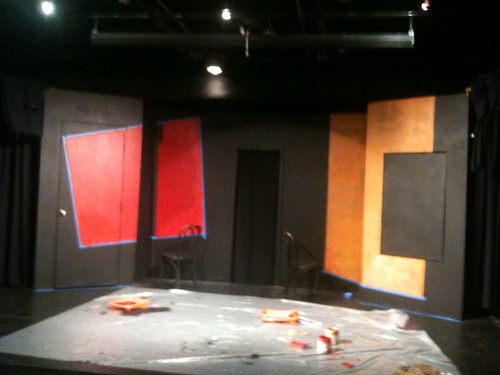 Then I added in orange and red blocks of color. 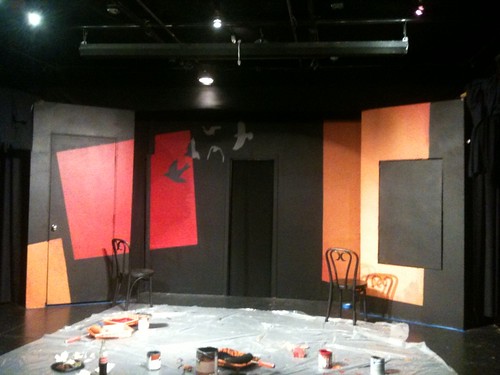 Then I painted in bird silhouettes and added some depth to the three color blocks. 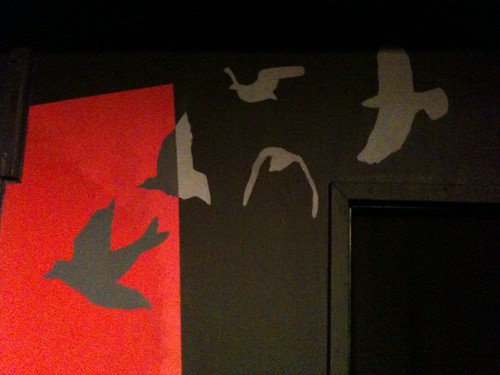 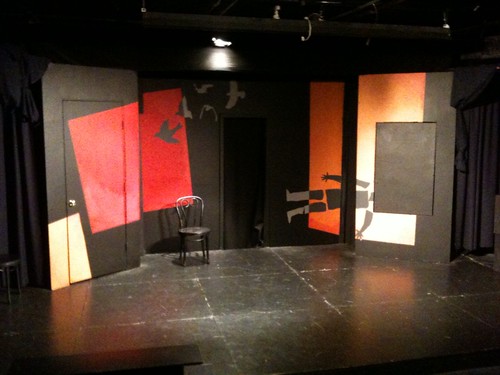 Today I came in, cleaned everything up (added extra coats where needed, trimmed things) and added a stylized dead body. 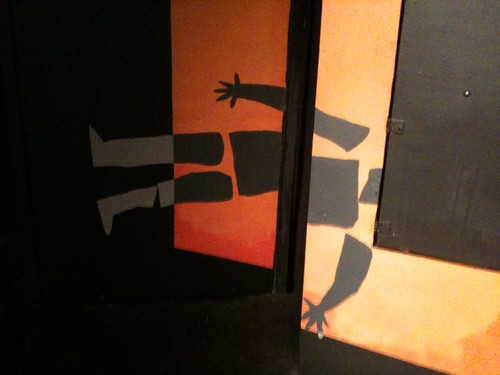 The body up close.

These photos don’t represent detail or color very well, but with the iPhone it is so easy to take photos on the fly. I’ll have to get a photographer friend to take better ones for me.
I think the directors have plans to put a white scrim behind the window unit for creepyawesome shadow-effects.

So far each set we’ve had here at the Hideout has been fairly distinct from one another. I wonder what we’ll want to do in May/June for the 1950s sitcomesque show The Andersons. Time flies so quickly, I’m sure I’ll be painting over this sooner than I think.

Catch the new set and Hitchcocked! before they’re gone!

Hitchcocked! opens this Saturday at 8pm, you can go to the calendar for more details, dates, and price!