Ryan Austin wrote up this blog post about the preparation for Strange Worlds before the run began. They’re now a month in and going strong, with all of April left to go. Here’s Ryan: 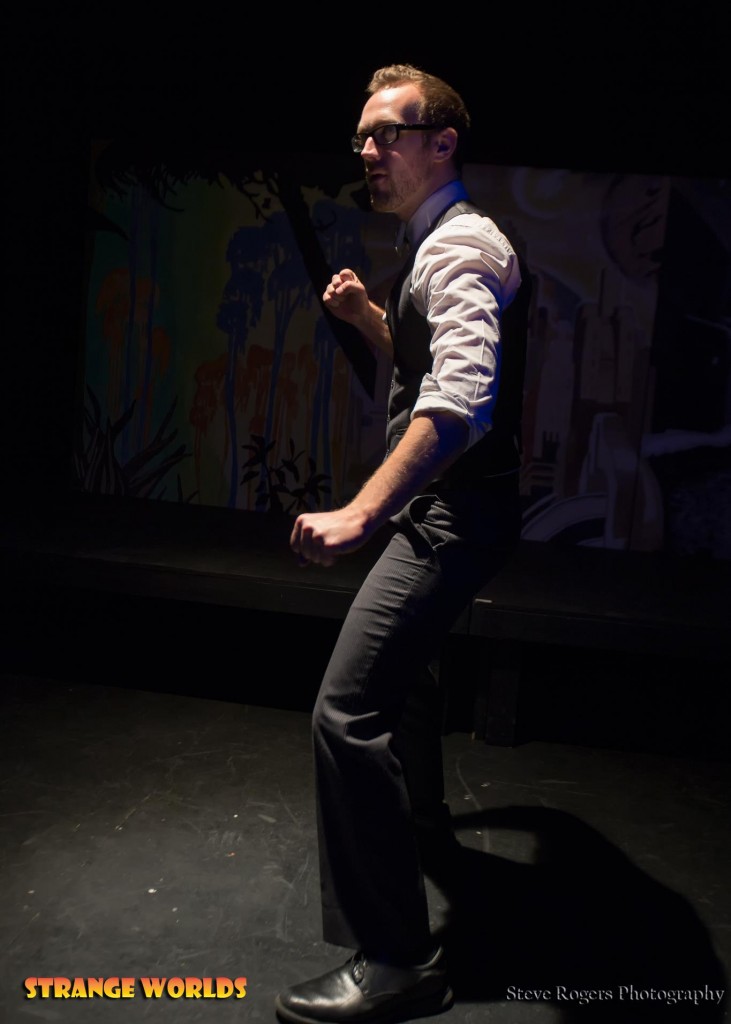 The Process on Strange Worlds –the Hideout Theatre’s latest main stage show– has involved firstly understanding what Pulps actually are.

Because, despite being well versed in nerd knowledge, I had no idea what they were exactly. Comic books but older? Right?

So in scouring the information available from the infinite internet and the even more infinite nerd mind of Jordan T. Maxwell (The Director. And I mean “Nerd Mind” lovingly. He’ll take it as a compliment, I swear), we discovered what Pulps were:

Magazines popularized in the 1930s that were printed on cheap, wood pulp paper (hence the “Pulp” name) and featured stories of flawless heroes, fighting crime and tyranny often in strange or exotic locations.

They were simply novels.

Chapter after chapter of two fisted justice cleaning up the dirty city streets, or of a bronze pinnacle of masculinity venturing the remote locales of this world to save lives.

Superheroes are like the descendants of these characters. You can see obvious similarities between The Shadow and Batman (Both strike fear into the criminal that threaten a city they devote themselves wholly to) or Superman and Doc Savage (Both have a Fortress of Solitude….both places literally called the Fortress of Solitude).

And viewed films that contained pulpy elements, like The Rocketeer, to lay down the base knowledge and understand the language. And being that there is a great deal of action involved in these stories, every rehearsal included a portion of stage combat training. A little difficult for me, because I come straight from real fight training to rehearsal. So I half expect some bar brawler to square off with me, indicate with eye contact that he’s gonna swing, and throw a safely paced haymaker whilst yelling, “This oughta straighten you out but good, criminal!”

In addition to the combat, we’re using prop guns, which have the weight, look and feel of actual weapons. 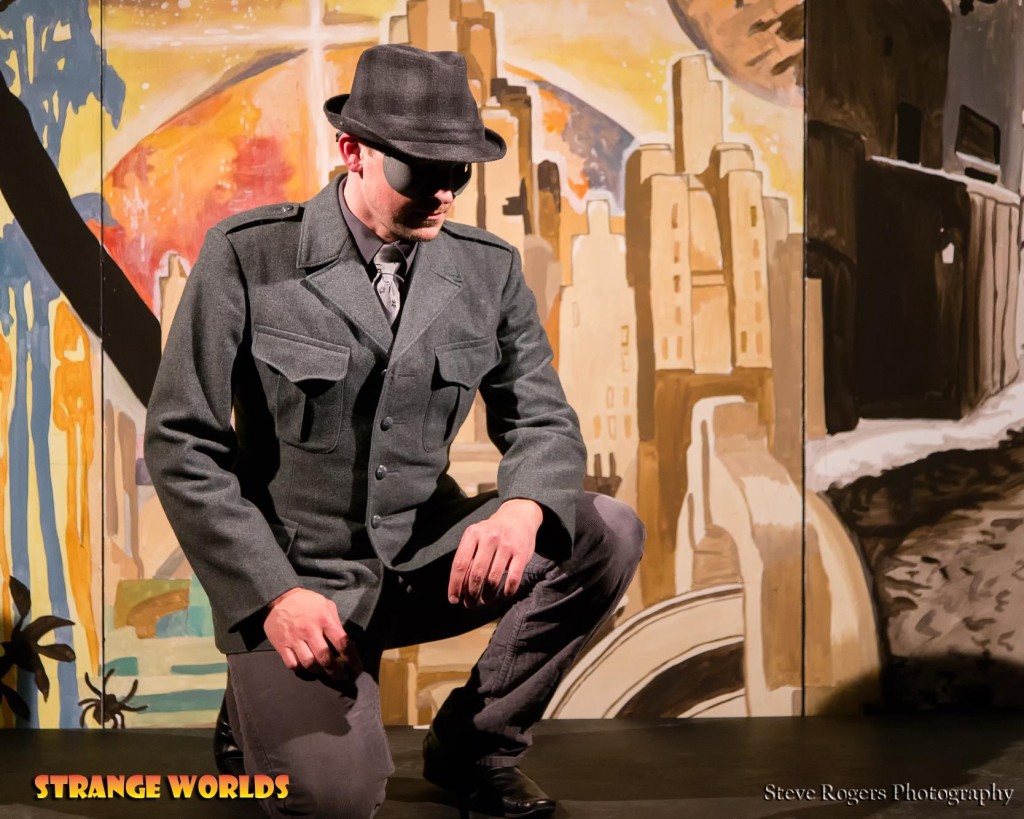 Learning to combine these action elements with the operatic and heightened dramatic tone of the Pulps has been exciting. We’re not selling out for a camp factor at all here. The dialogue and overly optimistic outlook of the heroes are played as straight and big as we can play them. Which is what I’m looking forward to portraying the most, since people are over saturated with satire of campy heroes like the 1960’s Batman (And I LOVE 1960’s Batman, but you see what I mean).

But most exciting is that each of the cast members were tasked with creating our own Pulp hero. Every Saturday in March and April, you’ll be presented with two different pulp stories, each featuring one of our original pulp heroes. There’s a fantastic amount of variety between our chosen hero archetypes, too.

I took my inspiration from Edgar Rice Burroughs’ Martian series that began with A Princess of Mars (more popularly know as the John Carter of Mars books). Maybe it was the lure of an entirely new planet to adventure on, or the excuse to wear a loin cloth on stage, either way, I can’t wait to explore that Science Fantasy world.

We always come back to the fascinating novels written by these authors for inspiration. The heroes are so unflinchingly noble that it’s refreshing. The conflict and dynamics are so big, it’s impossible not to get swept away. It’s going to be a look back in time, before drawn comic book panels and spoon fed imagination. Because back when it was just words on a pulpy page, those words could trigger images and places in your head that are much wilder than anything an artist could draw. Wilder, brighter and dare I say it, STRANGER.

Get your tickets to Strange Worlds here.

A 60-minute taste of our in-person improv classes