Starting Sunday, Feb. 12th, The Hideout is teaming up with Local Genius Society for a brand new weekly show called Underground Improv. It’s free, and takes place at The Dive Bar, located at 1703 Guadalupe St. at 17th St., across the street from the Dog & Duck Pub. 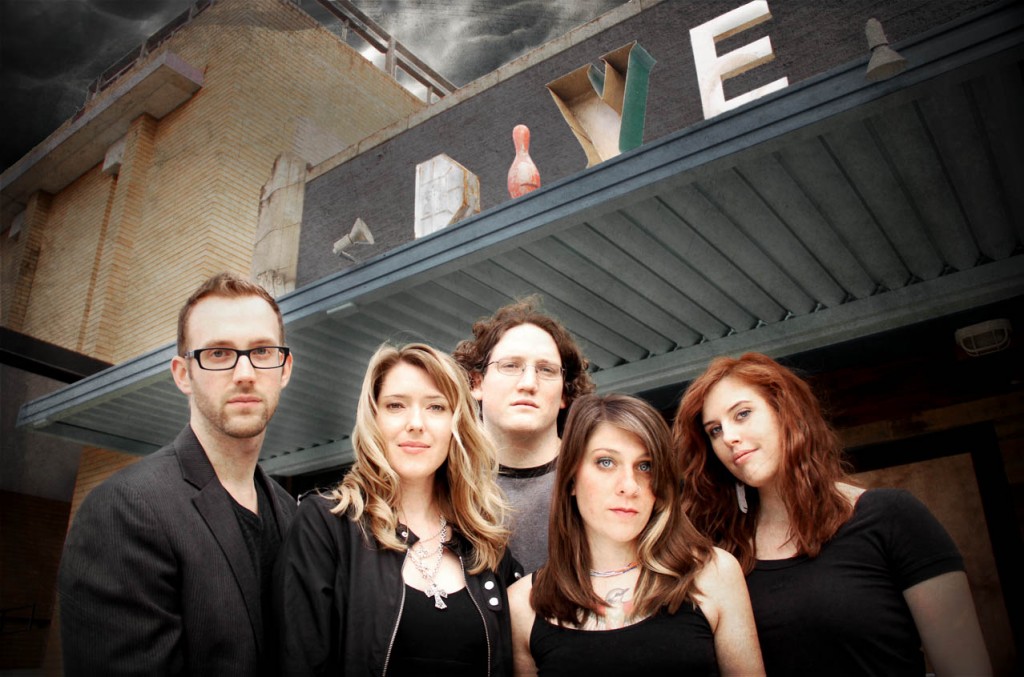 They love to improvise full-length stories, which is not an easy thing for a relatively new group to do. But they’re passionate about improv, and they’ve been firing on all cylinders. I chatted with the geniuses to discuss the group, where they see themselves progressing, and their plans for Underground Improv.


Are you up for the challenge of doing a weekly show? How do you think it’ll affect the troupe?

Karen: I’m always up for a challenge! I think getting to perform weekly will help us grow closer as a troupe and help us discover abilities we never even knew we had. Hopefully mind reading is one of those abilities.

Nicole: We felt really lucky to get to do a run of Threefer shows at the Hideout in December. Getting to perform together consistently each week helped us feel confident as an ensemble and helped strengthen the way we tell stories. From mid-November until the beginning of January, I think we performed nine shows in 10 weeks. Doing this new kind of show will force us to use some different muscles. We sort of can’t rely on typical theatrical conventions — there’s no backstage, there’s no lights up/lights down. I think, as a troupe, we’ll have the opportunity to build some new skills.

Ryan: Absolutely. I think everyone’s really ready for it by now, we’ve been preparing for it for a while so we’re ready to jump in. I think it’s going to result in a lot of Gmail activity. Haha. It’s requiring us to communicate wildly often which has really got that group mind effect pumping even during the days we’re not performing. I dig it!

What do you hope a typical “Underground Improv” show will be like?

Zac: I hope it is closer to a fun rehearsal with friends than a typical staged improv show. So, more laid back and loose with the chance to hang out afterwards. I’m hoping to enjoy being with the other Geniuses and guests more than I want to do great improv.

Kayla: When I invited the first crop of guest players, I said that I wanted it to be like “the Sundance institute, but for improv”. To me, that’s the biggest thing — I love the idea of playing with unexpected combinations of people or giving budding improvisers a place to stretch their wings. I hope this show can foster that independent, underground spirit.

Karen: I hope a typical show will involve laughter from the audience. And an audience.

Does this show fill a need or a niche in the Austin Improv scene?

Nicole: It’s absolutely amazing how expansive the Austin improv scene is — getting to offer another venue and another type of audience is really terrific. The great thing about the Austin improv community is that improvisers want to get the chance to play together. And we definitely want this to be an outlet for that.

Ryan: Definitely. I saw a show in Vegas last month that had these acrobats performing incredible stunts inside a tiny tent with folding chairs. I’m talking wooden folding chairs. Yeah. It was a huge theatrical performance but done in a very casual and intimate setting. It gave me a slight glimpse of what Underground Improv might feel like, theatrical entertainment but in a more familiar or casual setting. It’s definitely a from of entertainment that doesn’t come to mind often but makes so much sense once you experience it.

Zac: When performing on an actual stage, I separate that from “the real world” in my head. The lights are down and the audience is quiet (and actually there to see you). All that allows me to get more in the moment. In a bar, obviously, is is completely different. So, I will have to figure out how to be in the moment while dealing with lots of distractions. I’m looking forward to the challenge.

Kayla: We’re approaching the show more like a get-together hangout in the Dive Bar; we’re leaving out a lot of typical theatrical constructions or presentational hosting style for fear of alienating the audience. By approaching it casually and just offering the most authentic performances that we can, we hope to get people to buy in to this whole “improv” thing. Like improv missionaries! Haha.

Karen: We’ll have to be LOUD! Other than that, I think we’ll have to work on kicking up the energy so that the audience stays with us. I think if we can get people out to our shows, though, we can feed off their energy. The biggest challenge will be keeping focused on each other despite all the distractions that a bar environment presents.

Who is your ideal audience member for the show? Improvisers? Normals? Someone else?

Zac: My mom. I generally approach every show I do asking if my mom would enjoy it. If the show entertains normal people, I’d be happy because (for the most part) improvisers are normal people too!

Nicole: Libras. We’d love to have an all-Libra audience. That’s the easy-going, sociable astrological sign, right? Really I think we’d like to see a mix of improvisers and folks who maybe have some familiarity with improv, but haven’t done it themselves.

Kayla: I’d love to see a nice blend of imps and non-imps, all sort of mingling together. Since the show takes place in a bar, we don’t expect people to sit silently throughout the performance. It’d be awesome if some people who’ve never met start up a conversation, and by the end of it the non-imps are convinced to take a class or come out to a see a show at any of the awesome improv venues in town.

And one question specifically for Ryan: You’re new to the troupe. How is it going so far, and what do you like about it?

Ryan: I’m in love with these people. I was a BIG fan the first time I saw them and to now be one of the Local Geniuses is a huge honor. My head is still exploding.

I had my first show as part of the Local Geniuses the other night and we’ve been busy prepping for Underground Improv so we hadn’t had the chance to rehearse a lot since I joined. I was a little nervous and unsure how I would fit into their dynamic, but they’ve been so genuine and loving to me that it all melted away. I’m in and I’m not letting go.